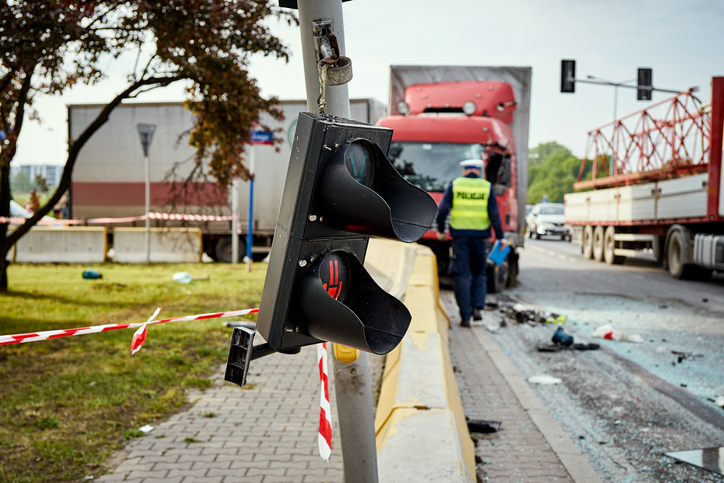 Following the accident, the situation can also be difficult. You will likely be dealing not just with the truck driver but with a trucking company—and sometimes more than one—as you pursue damages against the insurance companies involved.

Companies that use large commercial vehicles invest heavily in insurance coverage and legal protection. For these reasons, it is critical that you have an experienced truck accident attorney on your side when dealing with the fallout from an accident.

From 2009 to 2018, injury and fatality crashes involving semi trucks more than doubled nationwide, and the vast majority of these injuries and fatalities are to occupants of other cars. According to data from the Florida Department of Highway Safety and Motor Vehicles, more than 30,000 people are involved in semi truck accidents each year. In 2018 alone, more than 300 people were killed in such accidents in Florida.

Here, we will look at some of the potential causes of semi truck accidents and what you should do next if you are involved in one.

Because of the massive size of semi trucks and their potential to cause severe damage in crashes, improper hiring, training and monitoring of drivers can be a cause for concern. One semi truck driver, for instance, was ticketed in five states, over 14 years, before causing a crash near Gainesville, Florida, that killed seven people. In fact, at least one driver-related factor is at play in nearly a third (32%) of fatal semi truck crashes.

Unfortunately, not all trucking companies follow the same hiring or training practices. You never know if you’re driving on the road beside an experienced, highly trained driver or someone new or poorly prepared to operate such a large commercial vehicle. Should you be involved in an accident with a semi, your attorney should look into that driver’s training and history to see if there’s a cause for liability.

Even the most experienced and well-trained semi truck drivers can suffer from fatigue on the road. Research shows that a tired driver can cause slower response times, lack of attention and poor decision making, and that driving while tired can be just as dangerous as driving drunk. One study estimates that 13% of large truck crashes are caused in part by driver fatigue.

The Federal Motor Carrier Safety Administration limits semi truck drivers to a maximum of 12 hours straight on the road in all states, including Florida. But fatigue can set in long before that mark. In some cases, a trucking company may look the other way when their drivers do not comply with these hourly limits. A truck accident lawsuit will take into account the driver’s time on the road and state of fatigue.

When any driver behaves recklessly it can be a dangerous situation, but when a semi truck driver makes poor decisions on the road, the results can be fatal.

More than 25% of driver-related causes of fatal semi truck accidents are due to reckless driving. These factors include:

In an accident lawsuit, these and other behaviors will be examined closely to determine exactly what factors contributed to the cause of a crash.

4. An overloaded truck or unsecured load

Semi trucks often weigh 20-30 times more than passenger vehicles. And the heavier a truck is, the more severe a crash with it can cause. Three-quarters of accidents involving semi trucks involve trucks that weigh in at more than 26,000 pounds. An overloaded truck can cause mechanical failures such as flat or burst tires or worn-down brakes. It can also cause the driver to lose control by throwing off the truck’s center of gravity or making steering more difficult.

Similarly, if a semi truck’s trailer isn’t correctly secured to the cab of the truck, it can come loose, making the truck difficult to control. In extreme cases, it may even fall off the vehicle, causing an obstacle in the road or hitting other vehicles directly, causing both damage to the vehicle and potential injury to the people inside.

Both of these circumstances — an overloaded or improperly secured trailer — can come into play during a personal injury lawsuit.

Trucking companies are required to have their vehicles inspected and serviced regularly to minimize the risk of a mechanical failure, but if they skip an inspection or delay maintenance, problems can occur.

The most common types of mechanical failure are brake failures, which are found in 56% of semi trucks involved in crashes, followed by steering equipment defects, which were found in 21%. Something as simple as a burned out brake light or turn signal light can lead to an accident, and steering failures and transmission failures may occur when maintenance is neglected.

In cases of mechanical failure, fault might be traced to a parts manufacturer, a mechanic, the trucking company, or the driver themselves. An experienced truck accident attorney will work to understand the cause and who should be held accountable.

Jackknifing occurs when a trailer pushes against the cab of a semi truck, causing it to swing around until it faces backward and resembles a pocket knife shape. At best, it can cause a hazardous condition in the roadway; at worst, the trailer can swing into oncoming traffic, causing injury or even death to other drivers and passengers.

In Tampa, for instance, a semi truck jackknifed on I-275, spilling concrete onto the roadway. In a much more serious accident, a semi truck driver hit the brakes trying to avoid a collision during heavy traffic, but instead caused the truck to jackknife, causing a 45-vehicle pileup that left one motorcyclist virtually paralyzed.

Jackknifing can be caused by mechanical failure, improper braking, adverse road conditions and other factors. If you are in an accident caused by a jackknifed semi truck, an attorney can help determine who is to blame for the accident as part of your case.

Because of their height and heavy loads, semi trucks are at a high risk for rollover. Though rollover accidents are one of the less common forms of semi truck accidents, they can be especially damaging.

Overturned trucks often block roadways, causing oncoming drivers to crash into the semi or each other. In Jacksonville, for instance, three drivers were hospitalized after a semi truck overturned across the road.

The most common cause of a semi rollover is the driver losing control of the vehicle due to careless driving, road conditions or other factors. If a rolled-over semi truck causes or is involved in your accident, your attorney will look into the specifics of what caused the crash.

8. Driving under the influence

A crash may be caused by a semi truck driver who is driving under the influence of alcohol or drugs. Should you be in a crash with a semi where drugs or alcohol be suspected, you should obtain a qualified truck accident attorney immediately. A lawyer with specialized experience in these types of crashes can help you navigate the process for earning damages for your physical, mental and emotional pain.

When to Hire a Truck Accident Attorney

It’s important to drive carefully and take steps to avoid accidents, especially involving commercial vehicles. But if you are involved in any type of accident involving a semi truck, you should obtain the services of a specialized truck accident lawyer as soon as possible. An attorney can help you take important first steps after an accident, as well as navigate the complex process of dealing with insurance companies, trucking companies, and courtrooms.

Let our team at Matthews Injury Law guide you through this process, working to get you the compensation you deserve for your physical, mental and emotional pain. Contact us today for a free consultation with one of our attorneys in Tampa or Sarasota.

*The information on this page was either written or reviewed by Marc Matthews, managing partner at Matthews Injury Law and an experienced truck accident attorney.