Is Lane Splitting on a Motorcycle Illegal in FL? 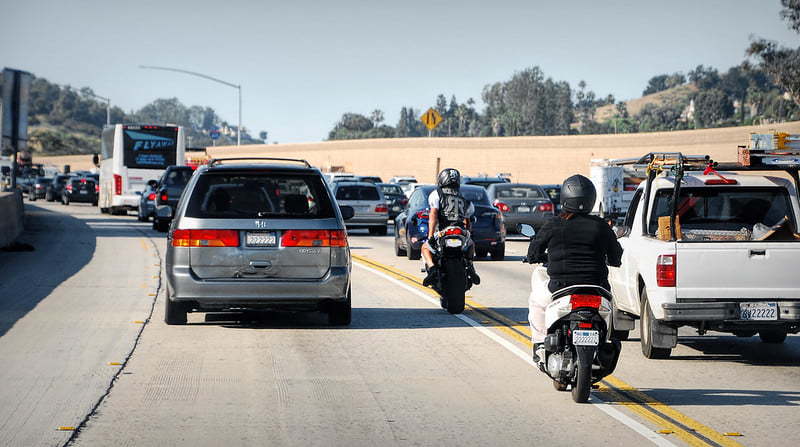 Lane splitting is a hot topic in Florida and most U.S. states. On the other hand, it is legal in California and many parts of the world, including Asia and Europe. A UC Berkeley study also found that it is relatively safe, if done right, and motorcyclists who split lanes were less likely to sustain torso or head injuries or be killed than motorcyclists who failed to use the maneuver properly.

How Can Lane Splitting Impact a Motorcycle Accident

If you get into an accident while lane splitting in Florida, the state’s no-fault law won’t apply to you because this law does not apply to motorcyclists. The biggest issue you will be facing if you have been injured in the crash is that you’re likely to be blamed for the accident by the other party involved.

This is because lane splitting is illegal, and since you violated the law, it will be presumed that you caused the crash. However, it is very important to note that this presumption isn’t final because the other party may have also played a part in the crash and did something illegal or negligent, which led to or contributed to the accident.

Florida follows a comparative fault system, meaning that if you were partly at fault for the crash, your damages would be lowered based on your percentage of fault for the accident. For instance, if your fault was found to be 20%, the damages you could recover would also be lowered by 20%, such that if you suffered $120,000 in damages, you would only be able to recover up to $96,000.

But insurance providers are in the business of paying the lowest amount possible to settle motorcycle accident claims. This means that you can expect the insurance provider to bring up the issue of lane splitting and comparative fault to try and reduce the compensation you can receive.

You’ll need legal guidance to help make a solid case to an insurance provider or the judge that the other motorist was largely at-fault for the crash. If you succeed in making this argument, you will secure maximum compensation for all your injuries and related damages.