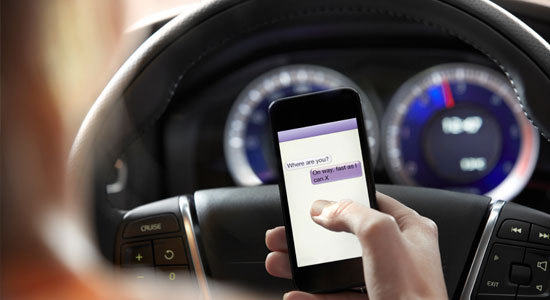 Texting while driving is an immensely fatal combination. Attempting to multitask while driving has always been extremely risky driving behavior, but when mobile phones flooded the market and texting increased in popularity, the number of motor vehicle crashes caused by distracted driving also increased drastically.

Being involved in a distracted driving crash or any other motor vehicle accident is scary and overwhelming. You are probably wondering about the legal options available to you if the driver that struck you was texting during the crash. Because distracted driving is illegal and is considered negligence, this means that you have the right to pursue compensation from the at-fault driver.

But first, you will need to prove that the at-fault driver was negligent and texting while driving when the crash occurred.

Guidelines for Proving Texting and Driving

Here are several options to help you prove that the at-fault driver was texting and driving when they hit you:

Proving that the at-fault driver was texting and driving when they hit you can be very challenging but not impossible with legal guidance from our experienced Tampa car accident lawyer. To learn more about your case and how we can prove that the driver that left you injured was texting while driving, contact Matthews Injury Law. You can contact us online or call 813-530-1000 to arrange your free case review.